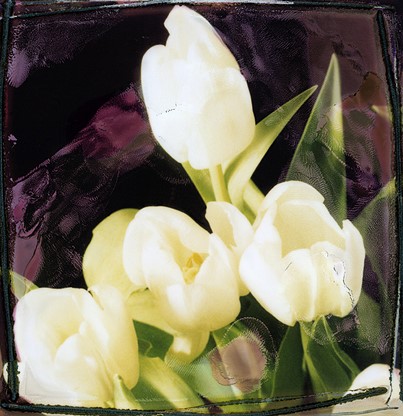 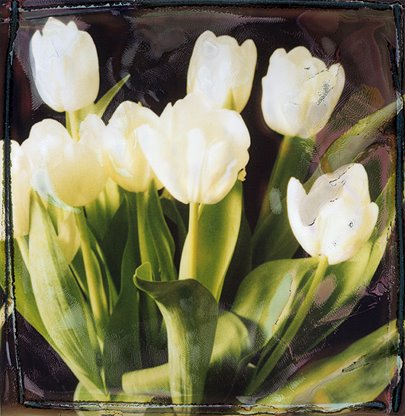 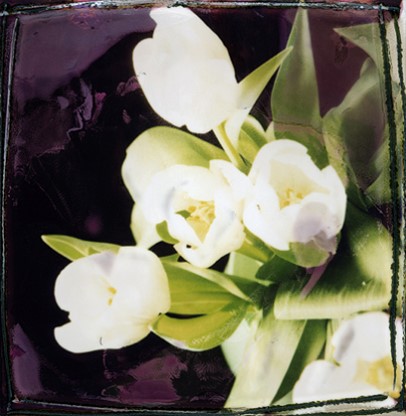 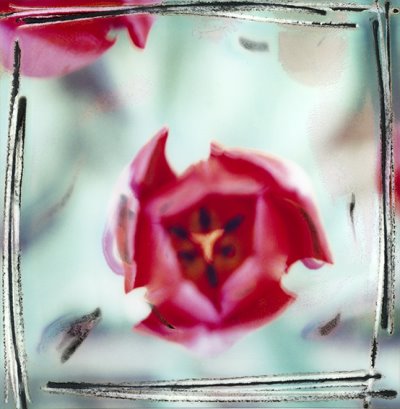 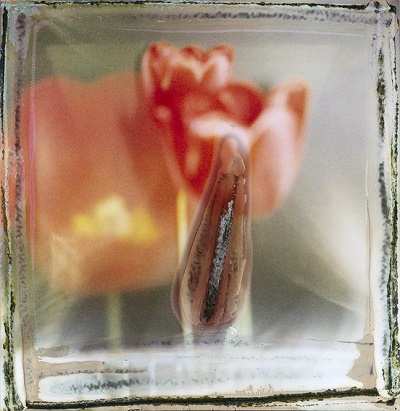 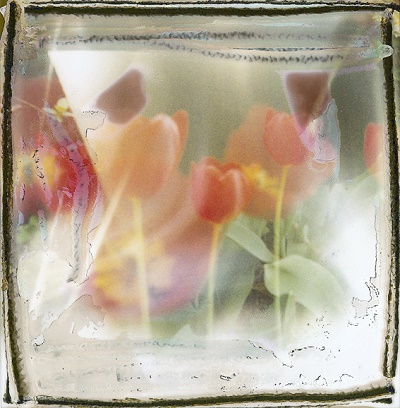 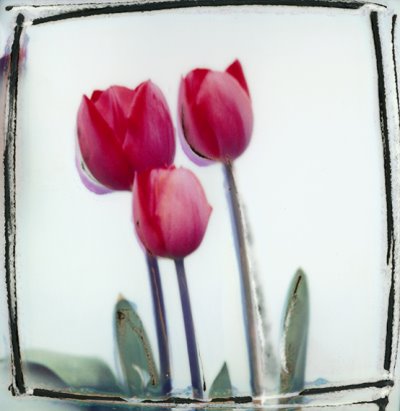 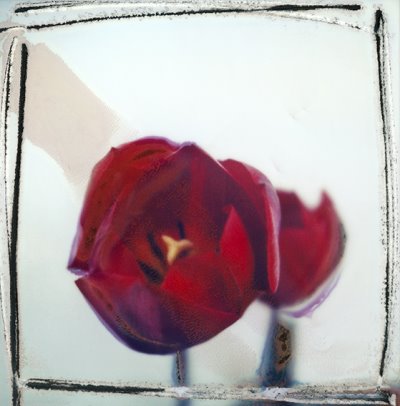 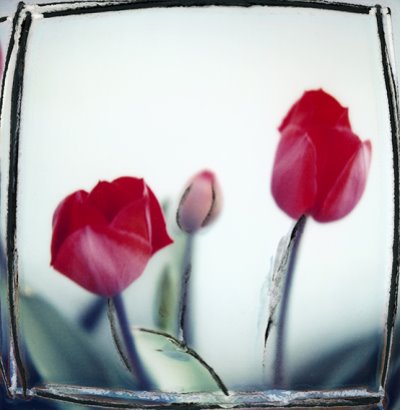 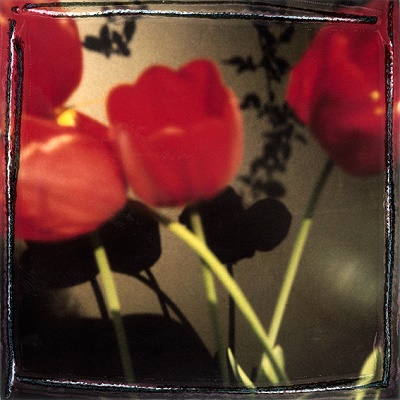 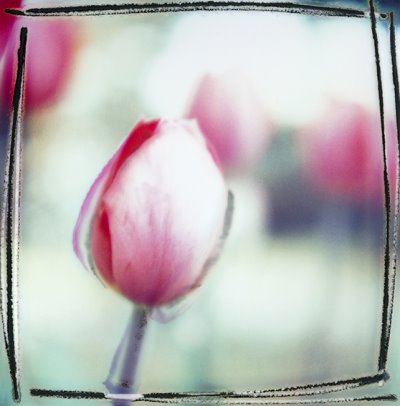 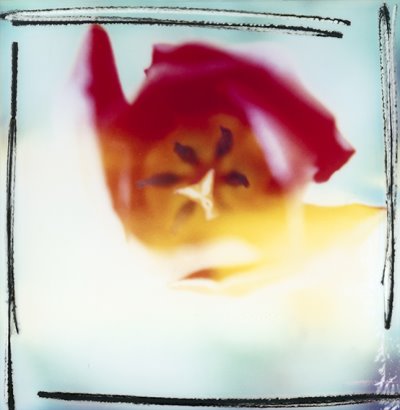 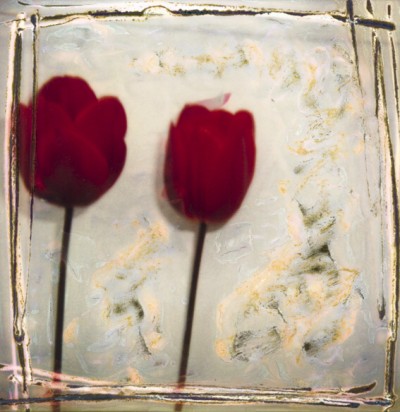 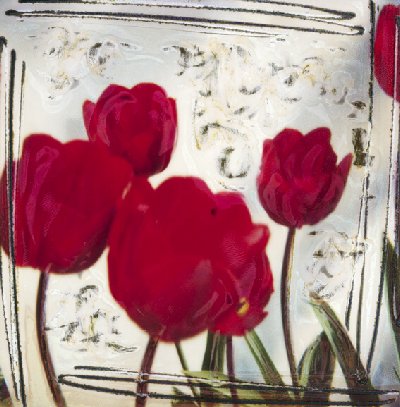 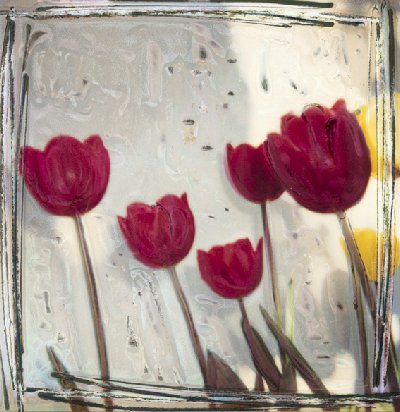 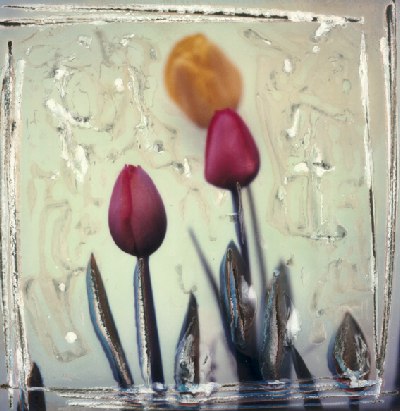 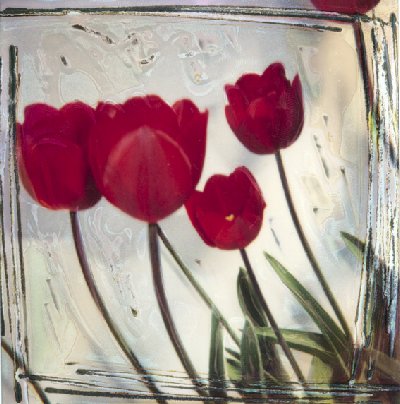 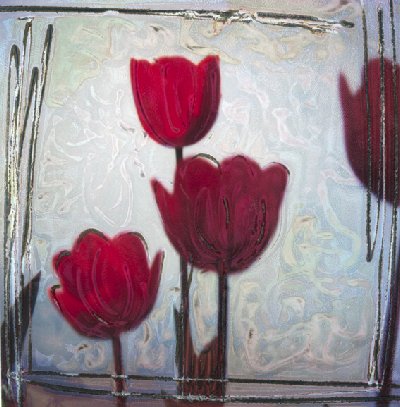 ... the work on tulips although it is so different in that it is centred on colour as its principle element, also has the search for an empty space on the final frontier of the abstract as its main characteristic. If in "Vibrations" this is the metallic nature of the background light, here a special white dominates, which sometimes mutates into a highly delicate shading of blue, of green, of yellow - although it never loses its role which remains that of being a contrasting element on which the forms of the flowers stand out. The photograph comes closer, shifts the angular vision until it reveals the inside of the corolla which appears as if it desires to make a portrait of that tulip which in turn responds with a sort of smile and returns to underline the closeness of the stems in couples and in groups. Underlining the similarities but also the great differences between flowers - only those who know not how to observe believe they are all alike while for the true observer surprises are never far away - Euro Rotelli creates a grand compositional game dominated by the delicate nature of the whole. The result is that of a surface which seems to capture the breeze while caressing the petals of the tulips and succeeds in returning to us the flowers, immobilised in their lightness - and it is then that we can understand how photography can be art.